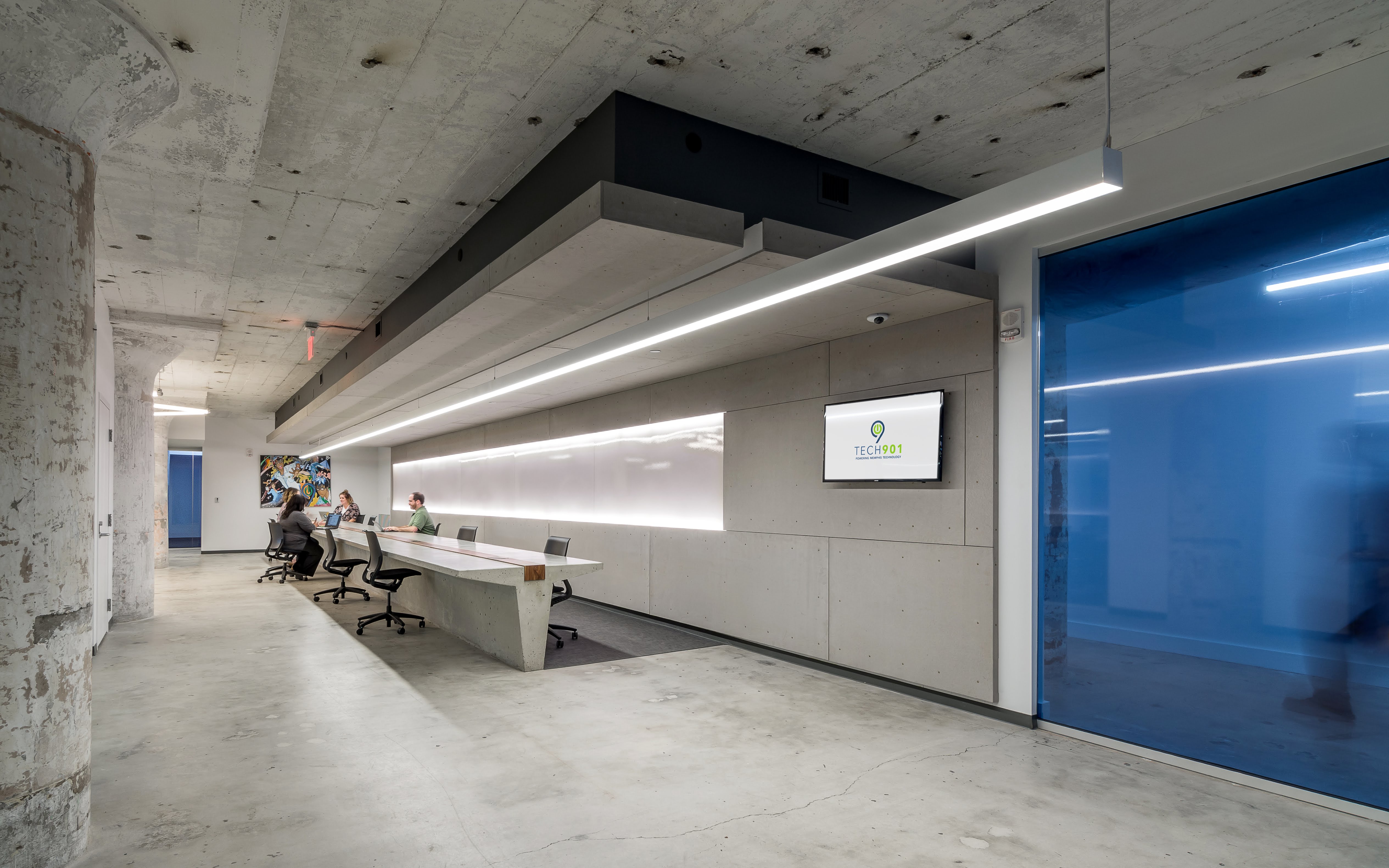 Straight from his class with Crosstown's CodeCrew, a young man walks confidently into the Tech901 offices and goes straight for Catrina Dean, shaking hands with her enthusiastically. Catrina, a smile spreading across her face, nods. 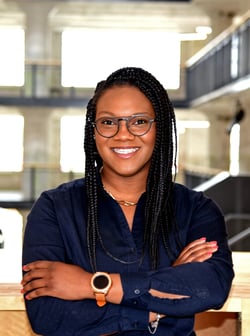 “Of course I remember you!”, she replies. And of course, she does. He was in the first IT class she ever taught.

Now-- Catrina Dean will be the first to admit it: “I’m definitely not your average techie”.

She's a traveler. She's planning a trip to Paris at the moment.

She’s a jock. She loves basketball, soccer, and track.

She loves cooking, and she's a fan of detective dramas (her favorite is CSI, if you were wondering: “I was going to be a CSI once upon a time... but the blood thing got me”).

And that’s the thing about Catrina. She’s relatable. She’s flexible. She's a polymath.

Catrina Dean is a design/tech chimera: she has a long history as a “tech geek”, but with a dedicated eye for aesthetics. She has fond memories of her first computer (a hand-me down "Macintosh"), and she spent her time in high school participating in activities like yearbook club and graphic design. 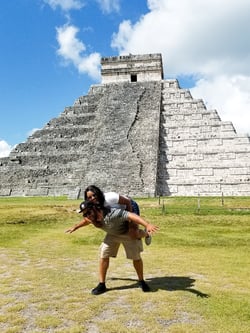 By the time she got to college, Catrina was on the steady and dedicated path of the computer science genius. “I did a lot of work early on in Computer Engineering”, she recounts. However, despite the hard work she had put into the major, Catrina made the decision to move away from Computer Engineering by sophomore year: “I realized at Carolina (University of North Carolina) that I didn't really like that life. The university-- more of a research university--wasn't really my thing. I wanted to be a little bit more creative”.

So Catrina changed her major to Communication Studies, taking classes in film and art, and combining them with her studies in web design and informational systems. Catrina, who was really into videography at the time, even did some work filming and editing for her school's football team, the North Carolina Tar Heels.

When pushed for more about her time as a student, she laughs wryly.

“(I was) probably not the best example of a student-- at school I was always kind of a smart kid. In college, I was learning how to manage my time, learning I needed to study”. Learning to hone in on the details, and learning how to think comprehensively gave Catrina the edge when she first began teaching. It also gave her an advantage the first time she joined Tech901, as a member of the inaugural 2016 graduating class.

She's quick to point out- "I was a much better student at Tech901 than I was at college.”

In fact, Catrina had already begun planning her next major pivot when she first came to Tech901. Enrolled in the IT graduate program at the University of Memphis, she found herself once again looking for an outlet to express both her tech and creative sides. With that goal in mind, she dove right in to her class, building on her previous education: “I learn a lot better by doing-- that's how I learned so many things that I would never have. You have to know the fundamentals, you have to know the reasons why, and as far as what the solution looks like, you just kind of come up with it as you go".

The depth and variety inherent in the tech industry is what kept Catrina engaged in her studies. And she has some advice to others interested in pursuing careers in technology: "Come to a place like Tech901. Get that base foundation, learn what your options are as far as tech goes-- it can open so many doors.”

Indeed, Tech901 was there to open those doors to her next job, a web design position with Autozone.  “(Tech901) had the career fair… and I was just going around to the different tables...". One of the organizations at the fair, Vaco, took notice of her work in design and web.  "'Hey, I know you're looking for an IT gig...'", she remembers the representative saying. "But we have this web design position available instead... would you be interested?'."

That same day, she went in for an interview. 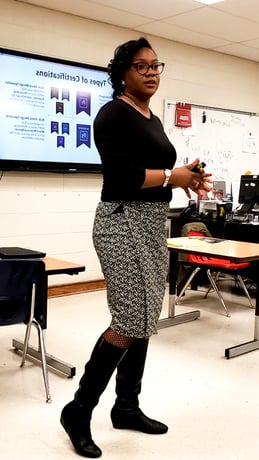 “That just goes to show you", says Catrina. "Those little moments are so important-- like, because, honestly, if it was up to me-- I probably wouldn't have gone. And I would have missed that opportunity completely”.

At Autozone, Catrina worked as a front end web developer, a job that was one part code and one part tech management. She worked on the company website, and with other in-house teams on the development of a number of tech-centric projects. Her skills as a developer and her ability to translate that work to her less-than-tech savvy coworkers cemented Catrina as an asset at the company.

But she kept feeling herself pulled back to teaching.

In her free time, Catrina founds herself creating tutorials on tech tools and breaking them down step by step. So when the teaching position opened up, she knew it was her next big change.

That’s how Catrina Dean wound up back at Tech901-- but this time she's in front of the classroom.

Her first class, Web Programming, begins in September, but she's already begun re-developing the course for the next wave of candidates. “I’m just taking a deep dive into that course, seeing where we can find some efficiencies, add some extra things in- just so we can make it a better course over all.”

“It's just reading and research right now,” she laughs. “A lot of people think that as a techie, you have all the answers-- I have no answers! Most of the time, I really don't know. But we have so many resources available to us that I can find out".

"If we have a problem, we’ll find A solution- it may not be THE solution, but there are so many! And that's the nice thing about technology-- there's not just one way! There's several ways to solve a problem.”

Because of the way technology works, and how fast it moves, there is no textbook that can give you all of the guidelines. But

Catrina is hard at work, creating a curriculum that will encourage students to learn not only the foundations, but also the skills needed to build on those foundations in the future.

She wants students to know-- it's just a matter of how far you're willing to push your own boundaries:“Once you've learned those fundamentals, those foundations, there's no limit to where you can go in the tech space”.

“Even as we move towards more of a technology driven world, there's always people behind it”.

And unlike many other industries, technology isn't going anywhere.

Tags: Instructors, hired, IT training,, Web Programming
Back to Blog