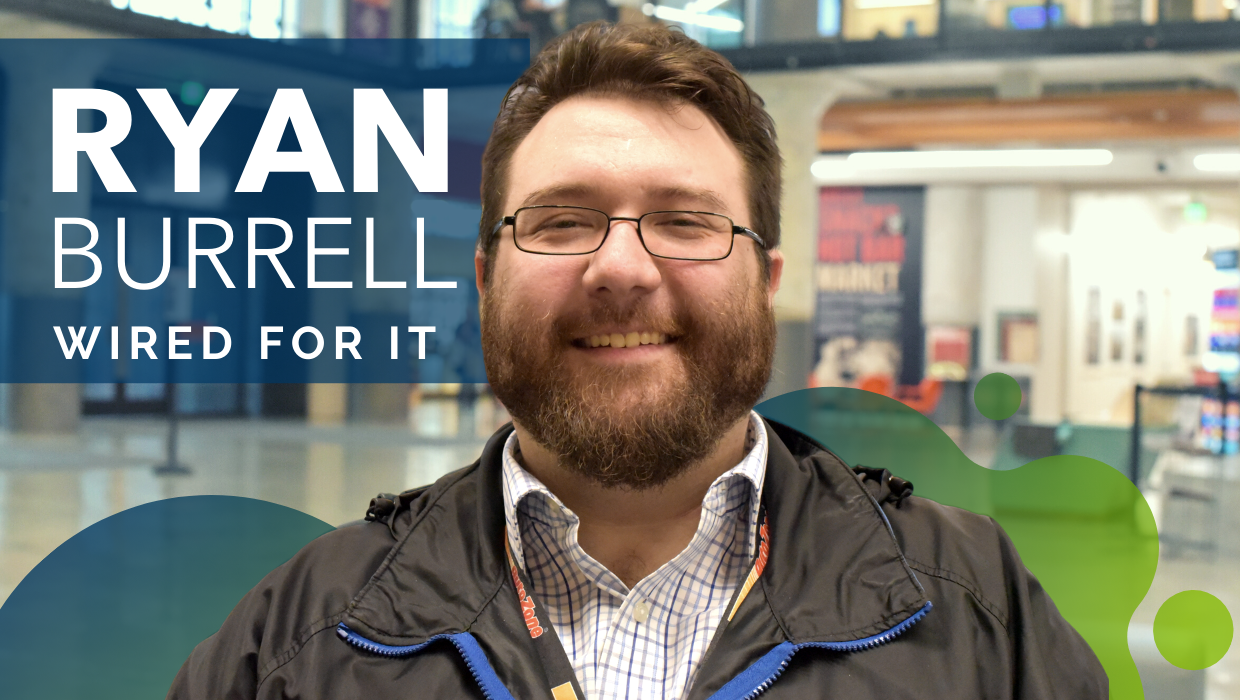 Ryan Burrell: Wired for IT

If you’re interested in getting started in IT, I’ve got good news for you: Tech901 has some introductory classes coming up soon. Check out our course schedule and apply today!

Tech901 alum Ryan Burrell, 33, works as an IT Technician. As part of the Autozone Desktop Configuration Team, Ryan's job is to setup, build, configure, and maintain computers for employees company-wide. "I work with current and new users to set up their equipment", he explains. He also helps diagnose and troubleshoot any issues users may be experiencing: "If there’s something I can do to fix a problem, I will. It’s basic work, but I get to work with the experts. It's pretty exciting."

Ryan was recruited by ProTech Services Group to work with Autozone, and to be frank, he loves the job: "Of course, the actual work itself is rewarding. The people I work with are more experienced, so I can ask questions. IT’s very friendly and not competitive".

We’re treated like we deserve to be there, and that we are there to do the job we trained for

Ryan Burrell moved back to Memphis in January of 2019 after nearly 20 years in Seattle. It made sense: his family lived nearby, and he was looking to make a career move. Back in Seattle, Ryan was used to working with good people, but he wanted a career in a different industry.

It was his brother Jason, who also works in IT, that told him about Tech901. “We've both been around tech since we were kids. When I moved back to Memphis, my brother and I started getting together to hang-out and mess around with technology." Jason had worked with some people from ProTech (Ryan's future employer!), who told him about their Tech901 IT training.

Ryan was interested right away. IT training and certification at an affordable price? "The stars just aligned," he laughs. "And I tell you what- it's the best decision I've made in a long time." One of his biggest reasons for applying was the cost. Ryan was adamant in his refusal to go into more debt by going back to school: "I already had a lot of loans. I was happy to just pay the small course fees and not worry about Fannie Mae".

Ryan never attended a 4-year university. However, vocational training has always been something really important to him: "I've wanted to be a lot of things: a band teacher, a math teacher. I was interested in the culinary arts, too- I just never really figured out what I wanted to do". It made sense that his career in IT would also start with skill-based training. Tech901 was a local and affordable option for him.

The value that you get out of Tech901’s classes, instructors, and lessons is second to none

When I ask Ryan about his time in class, he says he enjoyed "all 138 hours of it". His favorite part of class was bouncing ideas around with class, which had a wide range of technological literacy: "Of course we had to read the books and study the outside materials- but it was my classmates and my instructor that kept me going."

There are so many cool things about Tech901. Everyone that works there is a real advocate for the students

Like many of his Tech901 classmates, and even his instructor, Ryan's life-long passion for tech began with a love of video games. He was also inspired by his father, who would assemble computers at home. 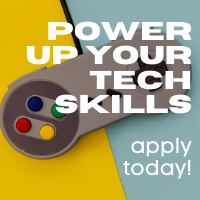 The first tech Ryan ever got his hands on was an old 486 computer. Together with his father, they would scour local stores for individual parts to bring home until eventually... they had a working machine in front of them. "It was so cool", he smiles. "Like Legos for adults."

When Ryan was 18, his father bought him a used computer for graduation. He spent that summer and the rest of his money buying parts for the computer he had "frankensteined” together. He was understandably proud of it: "It was mine and I had made it myself”."

Back to the Future

Now in his 30's, Ryan isn't ready to stop learning just yet.

These last 25 years have been such a rapid change in technology, and it's cool to have lived through that

He's excited about 5G, autonomous driving, and agricultural technology in particular. "I live in a rural area of Arkansas, and I want to see improvement in how people stay up to date with available […] technologies. Watching the farmers around my town use new and innovative technologies is very exciting."

As we wrap up the interview, Ryan is quick to assure me that he's not done with Tech901; he's interested in taking the Tech901 Networking and Security classes in the future. He wants to learn Linux and System Administration as well. Now that he's found his path, he's just excited to explore all of it.

Ryan has always been interested in the future of tech- and now he's a part of it.

Tags: Career Changer, IT Foundations, Ryan Burrell
Back to Blog

At the end of our first summer session, Tech901 hosted a resume review and job fair for our...
Read More

Tech901, a nonprofit that offers Memphians affordable training for a variety of information...
Read More

Nick Rodgers: Back to School

If you're interested in any of the courses Nick has taken, click on one to learn more. Begin your...
Read More