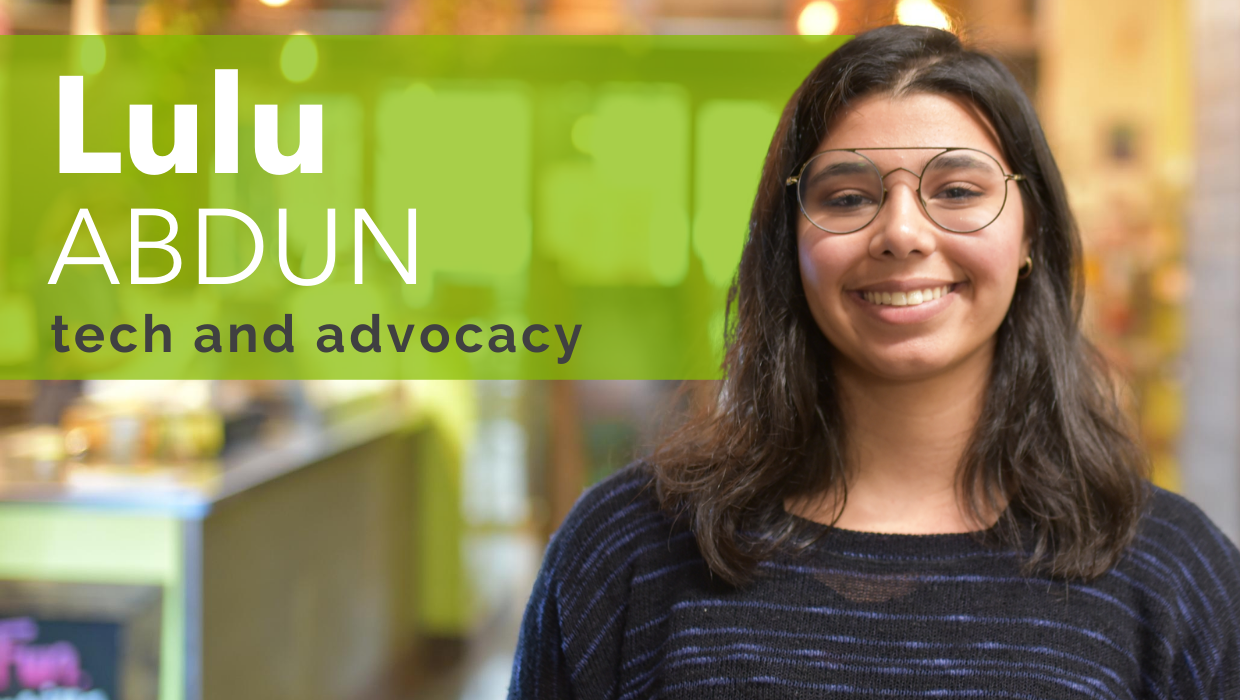 Lulu Abdun, 23, is a passionate advocate for social change, and that's exactly what inspired her to get into tech. As a graduate of the Tech901 Web Programming course, Lulu has a pretty clear vision of how tech and advocacy intersect, and how she intends to pursue both.

People like Tech901 grad Lulu Abdun are changing the way the tech world looks and functions. As part of a growing move for tech industry professionals, Lulu is a part of the movement known as "Public Interest Technology".

Public Interest Techs have different walks of life, experiences, and abilities. They're tied together by their interest in technology and its ability to benefit local communities.

In Lulu's case, this has included  participating in organizations like the Interfaith Council, and assisting with a text reminder system for the Pubic Defender's offices here in Memphis:

"I've done some unit testing for Python code, to remind people of upcoming court dates if they are connected with the (Public Defender's) office and have signed up for text updates."

Currently, Lulu works as a Data and Technology Specialist with ALLMemphis, a nonprofit organization dedicated to increasing literacy and education equity throughout the Memphis community. "I work with some pretty awesome people and enjoy the environment I'm in", she tells me. "Being in the tech world, I have access to information right at my fingertips."

"With the knowledge I've gained from my coding courses, I'm able to understand tech documentation and assist with projects I'm working on." 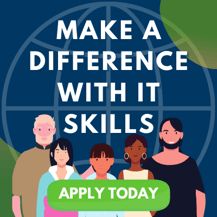 Shortly after her time in Tech901's Web Programming class, Lulu got an internship with ALLMemphis, mostly dealing with materials support. " I told my bosses that I was also working on developing my software skills though, and taking coding classes".

Upon hearing she had coding skills, Lulu's boss gave her the opportunity to contribute to the software side of the organization, working on the site and contributing to various projects. Today, she spends her day working on the website, collaborating with staff and teachers to design software for educational staff dashboards, and working on data visualization for tracking student success.

"Just sign up, and take the class. Even if it’s not for you ultimately, you’ll learn something."

Let's be honest: Lulu stood out during her time with Tech901. Her instructor, Catrina Dean, has this to say about her time in class: "Lulu came in with the fundamentals, but she really excelled. The projects she completed during class showcased a wide variety of skills, and were also really cool to explore. Her passion for programming really shines through her work". 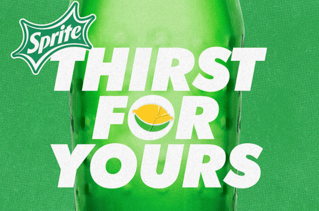 Lulu found Tech901 while searching for affordable, fast-paced programming training in the Memphis area. With some previous experience in coding, she joined Tech901's Web Programming class to try out her UX design skills  "I enjoyed learning Python, Java, Spring, Flask, and HTML/CSS. I found myself leaning toward Python because I liked its logical flow... and the ways it works with data."

As part of her course, Lulu and other Tech901 students were tasked with creating a portfolio of work.  Because Tech901 is all about tech skills for future careers, our Web Programming and Code 1.0 courses give students the opportunity to create fully functional showcase websites, for students to show off their abilities and  programming projects.

Lulu and her fellow graduates aren't just using their skills to show off, though. They're building careers in any number of IT sectors including Agriculture, Health Care, and, in Lulu's case, Nonprofits.

The Future of Tech and Public Interest

"Public interest technologists work at the intersection of tech and social change, so they tend to wear many different hats."

Lulu will be the first to point out how much the tech industry needs to grow- while also understanding how important a tool it is for real change.

She isn't alone in her mission to merge tech and social reform. Many public interest techs within the industry are calling for more representation and more support for marginalized communities.

Shortly after her time with Tech901, Lulu worked with Siskind Susser, using her computer skills to help them create apps and AI product. The organization and the people that work there use tech to foster the future of immigration law.

Lulu sees plenty of opportunity for her field of interest in the future: " I'd like to pursue a masters degree in the field of public interest technology" .

In the meantime, she continues to work on a number of passion projects, including websites for people in her community. Lulu has plenty of things to do, and she's not stopping until she sees the change she believes in.

In an innovative space like IT, one could argue, it's an imperative.

If you like what Lulu does and you're looking for some tech training, looking no further than Tech901. Affordable Programming courses are available this year.

Web vs. Code: What's the Difference?

Here at Tech901, we offer a lot of courses throughout the year. It can get pretty confusing when...
Read More

You will only find it on the Academy schedule once a year, but IT Project at Tech901 is one of the...
Read More

Before the era of the smartphone, Darrin Windsor-Cummings, now 37, began his career in...
Read More