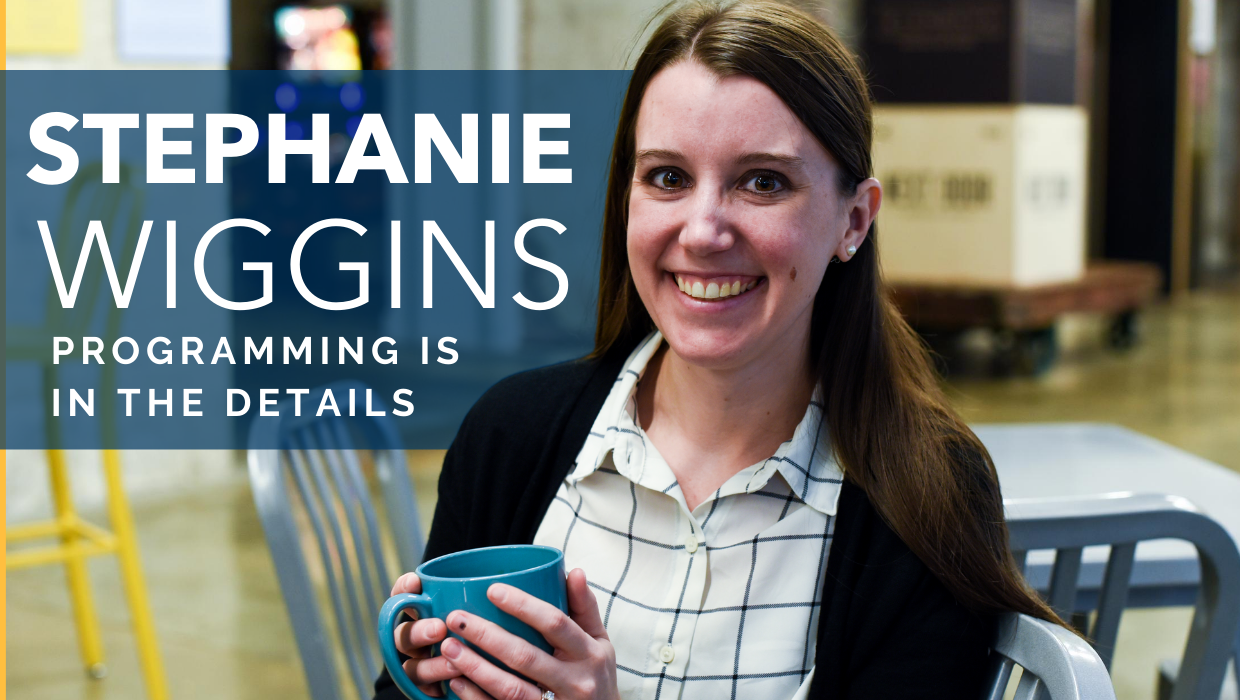 Stephanie Wiggins: Programming is in the Details

Need more information on what you'll learn in those classes? Check out our Web versus Code article!

Stephanie Wiggins, a graduate of Tech901's Code and Programming Track, works for St. Jude Children's Research Hospital. As a member of the St. Jude Cloud team, she works with the Computational Biology Department, which focuses on searching for mutations in DNA and discovering how specific medicines/chemo will react.

I was ready for a new change, and I felt good about programming 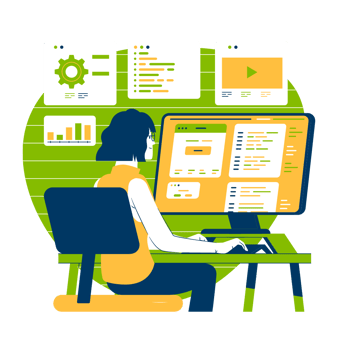 Before her programming courses with Tech901, Stephanie's worked in graphic design and marketing. In fact, her interest in Web Programming started with the desire to grow her skill base at her previous job. “I found myself tinkering with the CSS to make the page exactly as I wanted it instead of simply accepting the basic options.”

Stephanie also took Tech901’s more "programmy" course, Code 1.0.  By the time she had finished both Tech901 courses, Stephanie had a portfolio full of programming projects. That's when she found herself considering a career pivot: she was going to move from marketing to development.

UX/UI Design: it's in the details 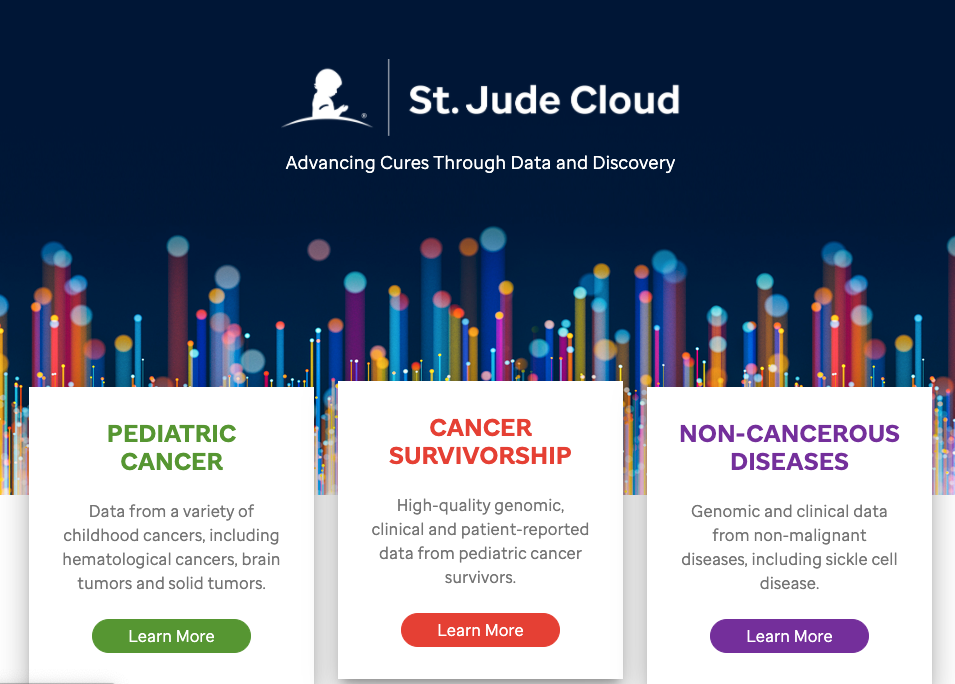 These days, Stephanie is a designer and developer for the St. Jude Cloud website, helping to restructure and redesign it. She's also spent the last year building new features for their Genomics Platform app. The app itself houses genomics data and provides users the tools to analyze it. She also does UX/UI for the app and the site in general: "I design new pages and user-test upcoming features. I then develop them out using libraries and frameworks like React and Rails."

Stephanie connected with her current employers at Tech901's DevX (formally known as Demo Day), where Tech901 students are able to show off their course projects, interact with Memphians in the programming field, and meet interested employers.

Representatives of St. Jude who attended DevX liked Stephanie and recommended she apply to available positions. Though intimidated by the online job ad, she sent in her application and brought her dedicated research skills and Tech901 portfolio to the process. What followed was a number of phone and in-person interviews, but by the time it was all finished, Stephanie had the job.

It's all about Teamwork

Project clean up started the day Stephanie walked in the door. Over time, her responsibilities and abilities have grown, as has her team- and they're always looking for more qualified candidates. "You know, it’s still a struggle to find hires", she tells me.

Stephanie loves her work and enjoys working with the rest of the development team. Their teamwork is exemplified in the weekly code review, where they review and discuss each other's work.

If you're looking to get into programming, Git is Stephanie's recommendation for all things related to teamwork programming. Git is a system for tracking changes in source code during software development. It is designed for coordinating work among programmers, and it's an invaluable tool for programmers like Stephanie and her team.

Giving Back with GiveCamp 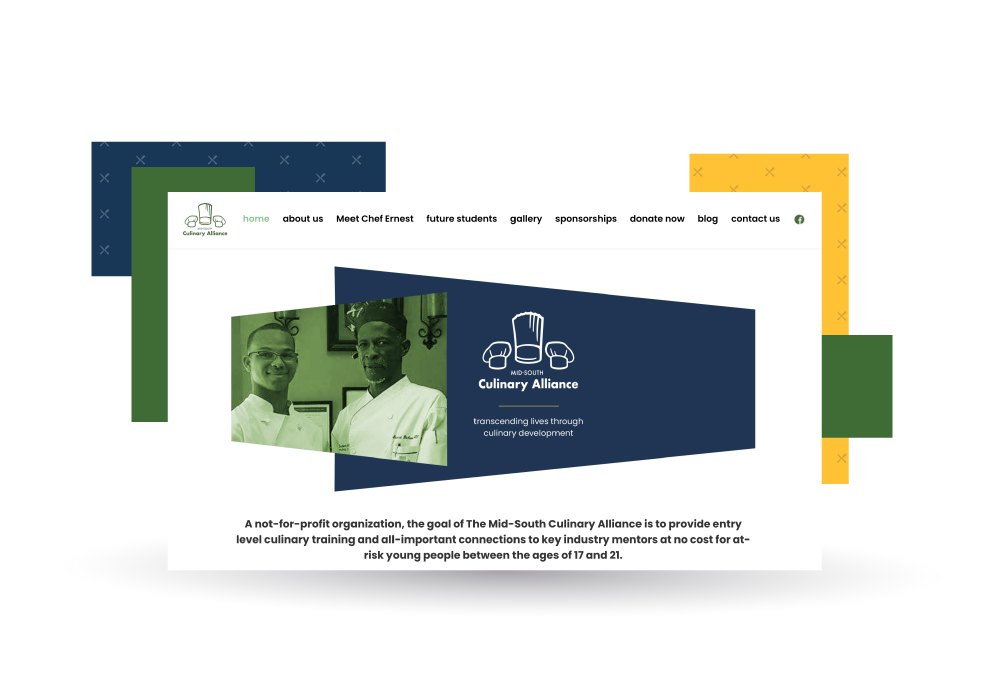 Stephanie isn't just a programmer at work, either. She's using her skills to give back to the community. This spring, she participated in AIGA’s Design for Good and GiveCamp which helps non-profits with branding and development. She partnered with Mid-South Culinary Alliance in both the design and development processes.

Earlier this year, Stephanie and a team of designers worked together to provide the non-profit with a logo, brand, and website. Over a single weekend, the developers came together to bring up a website speaking to potential students/donors, customize a Salesforce CRM system, and build out a curriculum management system for the chef to use in his classes.

That weekend, working together with other Memphians highlighted for Stephanie how great the city really is: “We are blessed by a local tech community that really cares about its peers.”. If you're breaking into tech, Stephanie recommends joining a local tech meet up or participating in programs like GiveCamp. "The developers there support your journey and are all-around wonderful people.”

Lulu Abdun, 23, is a passionate advocate for social change, and that's exactly what inspired her to...
Read More

Edna Dinwiddie: Adapting in the face of an Ever-Changing Tech World

Edna Dinwiddie is a 2021 Tech901 graduate who is working for Terminix!  We're proud of all Edna has...
Read More