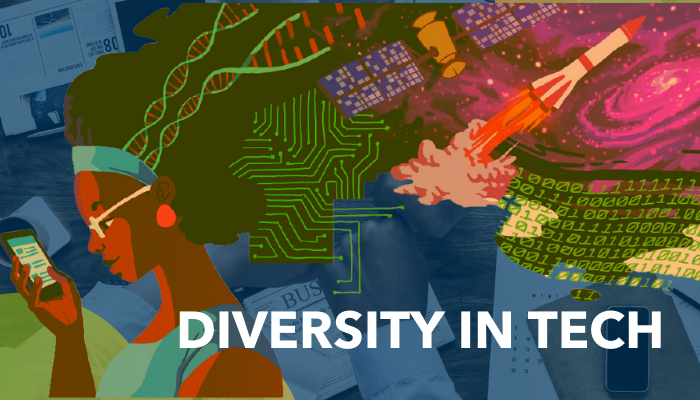 If you’re interested in jumpstarting your IT career, the time is near. Our 2022 Class Schedule is now LIVE! Registration opens on Monday, October 18th. Check out what amazing classes we have in store for the upcoming year now.

At Tech901, we are united by the dream of building the IT sector for all. ⁠As part of Global Diversity Awareness Month, we’re reflecting on the positive impact a diverse workforce can have on business. To celebrate the unique cultures and ethnicities around the world and within our organization, we want to share the stories of two amazingly strong, African American women who are filling roles in IT. If you’ve ever spent time at the Tech901 office, you may have heard their names: Tecia Marshall and Monét Marshall. 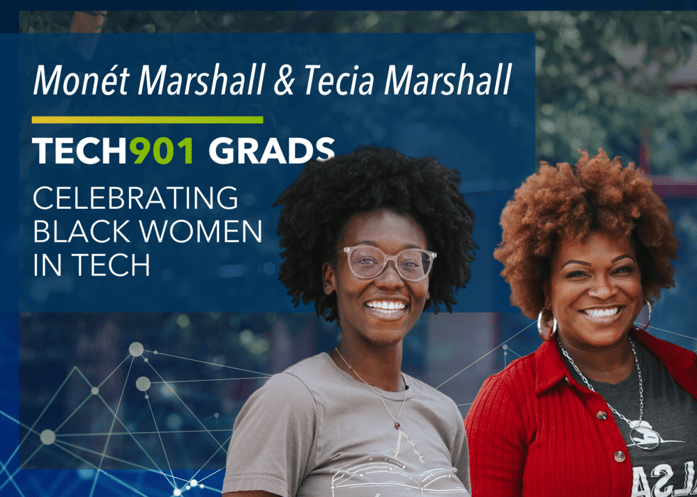 Although they are not related, they both share the same sentiment when recalling their efforts of jumpstarting their IT career and when they first heard about Tech901: “I thought it was too good to be true.” Fast forward a few promotions and certifications later, they share their stories to help others advance their careers.

Tecia Marshall, 43, works as a Desktop Executive at ALSAC/St. Jude. Tecia moved into this role at the beginning of 2020, so she has been the IT point-of-contact for St. Jude’s C-Suite for the entirety of the pandemic.

“The name of the game is urgency. Being fast, with dozens of eyes on you. The thing is… technology is everchanging, so sometimes you have no idea how to fix a problem. Or how you fixed it the last time. You’re expected to have all the answers, and 90% of the time when we walk into a room, we don’t.”

This is coming from the woman who is locally known as the Olivia Pope of Technology. For over a decade, she was a Business/Technology Facilitator for Shelby County Schools. Now, on top of her full-time role with ALSAC/St. Jude, she is the Memphis Chapter Lead of Black Girls Code, the Chair of Information Technology for Delta Sigma Theta Sorority, Incorporated, and the person who has been asked to speak by Microsoft at several national Black Girls Code events.

Tecia calls herself a “Bootleg Techie” because she was the long-time, unofficial IT person for her church, sorority, students, and fellow faculty for the majority of her life. She didn’t know how to articulate her love for computers because she didn’t have exposure to STEM until much later in her life.

“My mother recently had the nerve to say, ‘I took Fortran, the first programming class, in college.’ That’s some Hidden Figures-type stuff. I probably have this innate talent from her.”

Tecia registered for her first class at Tech901 in 2016. She was actually a part of Tech901’s first graduating class. At the time, Tecia was working for the Shelby County School District and looking to advance her career. She had applied to be moved into the IT department without success, so she began exploring her options for receiving her certification. First, she learned of New Horizons with courses starting at $3,500, and then she researched the courses at a local university starting at around $900. While on Facebook, she received an ad for Tech901.

“I thought it was too good to be true, but it turned out to be exactly what I thought it was for industry certifications. And today, it only costs $180 to be certified. My advice for any woman or man of color looking to get a foot in the door in the tech space is to take advantage of Tech901. Opportunities in Memphis exist. Become the best person for the job through discipline. Go back to school, develop your trade, and put time aside every week to update your LinkedIn profile.”

In a nearby building, fellow Tech901 graduate Monét Marshall works. She was just hired at ALSAC/St. Jude three weeks ago. You may remember her from an article we published in April 2021. Though her title as “Help Desk” has remained the same, her roles have increased tremendously in addition to her income.

“Man, it’s much more than just changing a password now.”

Her new responsibilities include receiving calls from people who’ve lost a file presentation, need help re-installing a printer, and more. It’s not just aiding doctors and nurses with their tech problems, like you may think. A phone call could be from a lawyer, mechanic, or even a patient.

Monét is very excited about her future at ALSAC/St. Jude. In the short time that she’s worked there, she has heard several growth opportunities, and she is already making plans to take UX UI Design courses and later receive UWS certification.

Her advice for new students enrolling in a Tech901 Course? “Once you decide to start, push through it. It will be tough at times, but the reward of a new path is beyond worth any difficulties you face on your journey. Nobody is ever left behind at Tech901. There’s always going to be someone who asks you - How’s it going? Need anything?”

Over the span of Tech901's IT foundations course this summer at the FedEx Institute of...
Read More

Over the summer, we will highlight a student weekly from our CompTIA A+ certification course at the...
Read More

If you’re interested in the course Monét took that lead to her IT Career, apply for IT Foundations...
Read More