For Dean Jones, Art is a Necessity.

As a child, music, and drawing came naturally, sparked by an uncle who taught art at a local high school. Every holiday, Dean would take time to design cards to give to his classmates and teachers. Quickly, they saw his aptitude for the arts and encouraged him at every step to follow his creative urges.

Dean felt called to follow in their footsteps and apply his love of the arts to his professional pursuits.

“I had amazing music teachers,” Dean said. “They always encouraged me that music and art could be a viable profession, which is just not what you hear normally. Art is an outlet and release on top of a career pursuit. I wanted to follow in their footsteps.” 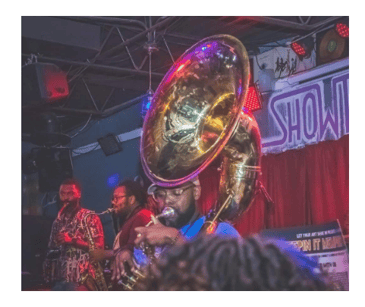 After teaching at middle schools for many years, where he taught theory, choir, and band, Dean joined Oakhaven High School in 2019, just before the COVID-19 pandemic. As their band director, he had to do a bit of everything and supplemented his duties by providing support in other areas of the school.

“As a music teacher, you find yourself doing whatever needs to be done, to be honest with you,” Dean said. “Some places will call you ‘support,’ others ‘encore,’ others ‘elective.’ Depending on the school and climate you’re in, you’ll find yourself satisfying a whole litany of tasks to keep the school running, helping you become a jack of all trades.”

When the world temporarily shut down because of COVID-19, Oakhaven was no exception. Like so many of us, Dean was forced to seek direction and be productive at home.

On a late-night YouTube binge, as Dean described it, he stumbled across a video explaining the rapidly escalating need for IT workers with the sudden tsunami of traffic hitting the web. 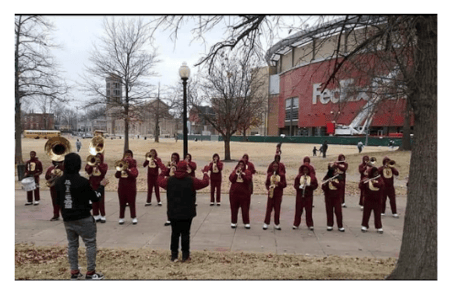 “In a way, the pandemic helped me stick my head up and breathe a little,” Dean said. “With these extra breaths, I came across Tech901. Between their affordable price point and welcoming staff at their info-session, it was an easy decision for me to sign on.”

After completing his IT Foundations course and attaining an A+ certification, Dean's skills became an even more vital resource at Oakhaven, now leaning on technology more than ever.

Oakhaven’s principal saw how Dean’s IT upskilling could be for their school and appointed him Digital Ambassador, complete with an extra stipend and planning period.

“Now, along with my music classes, I help kids with laptops, send emails, and work with the IT department to maintain network stability,” Dean said. “I’m blessed to work with staff and administrators who allow hard work to shine. I did not ask for this position, but they saw a mutually beneficial opportunity, gave me the ball, and let me run with it.” 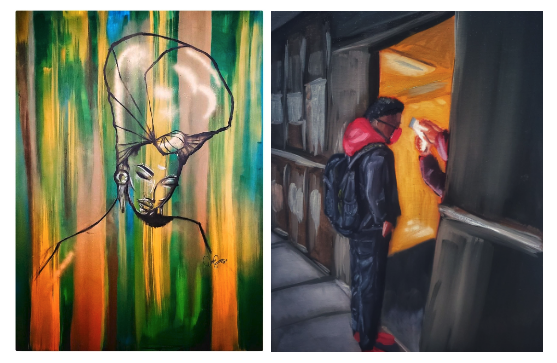 Even with increased responsibilities, Dean has continued to draw. With each brush stroke or pencil scratch, he can feel daily stresses melt away onto canvas and page.

“I can’t remember a time where I wasn’t drawing,” Dean said. “It’s a release I can’t do without.”

His work is often showcased at Oakhaven, and he recently drew a rendition of our Tech901 logo!

Dean continues to thrive at Oakhaven, using his combined tech, artistic, and teaching skills to elevate his students and build a better future for our community. He sees the three pillars of his career as working in tandem rather than mutually exclusive.

To those considering upskilling as he did, he believes Tech901 is the place to make that leap.

“My path is an unorthodox one,” Dean said. “I was already in a career and had gone through college, but Tech901 is special to me because it’s something I actively pursued without pressure from outside forces. I felt called to it. Their team supported me from the jump.”

“If you have skills that aren’t easily replicated, you’re always in high demand,” Dean continued. “Tech901 is a godsend that I encourage anyone to take advantage of. Tech is replacing many jobs, so why not secure your future and create a new trail for yourself at your current workplace or elsewhere?”

We’re thankful to Dean for sharing his story and for the incredible work he continues to do at Oakhaven High School! If you want to learn more about our course offerings, check out our 2023 schedule and mark your calendars for our December 1st info session!

A year ago this month, Basir Akrami and his wife and two daughters were resettled in the United...
Read More